Central CaliforniaPress RoomCommercialYard House restaurant will be accompanied by other additions to The Shops at River Walk
June 27, 2019 By Jennifer Commercial • New Location • Tourism 0 Comments 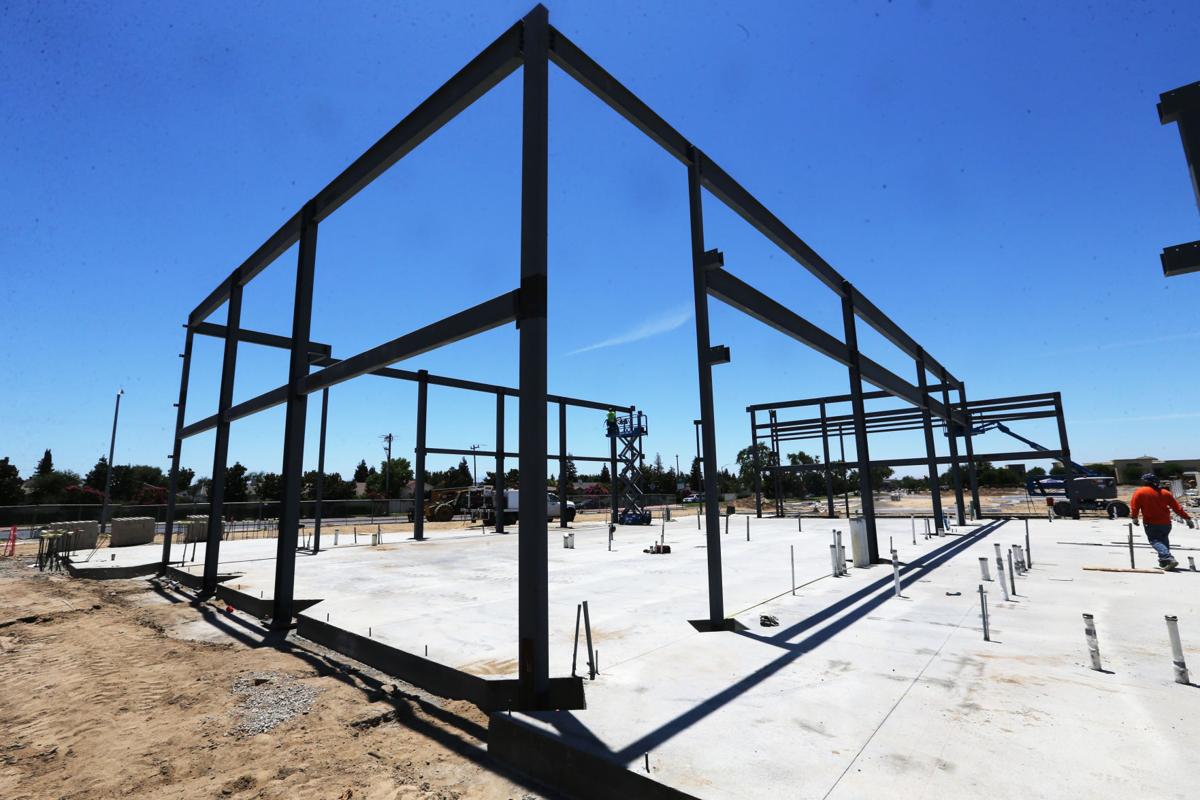 Nor-Cal Steel Structures Inc. from Modesto is doing the iron work for a Yard House restaurant under construction at The Shops at River Walk. Nearby, two retail stores and a two-story office building may soon begin construction.

A restaurant isn’t the only new business coming to The Shops at River Walk, but it’s likely to arrive there before anything else does.

Construction workers at the development on the north side of Stockdale Highway just west of Calloway Drive were busy Monday building a future location for Yard House, the chain known for its vast selection of beers, often served in tall glasses, as well as burgers and salads.

Scott Thayer, senior vice president of developer Castle Cooke California Inc., said the 8,870-square-foot restaurant project is coming along well, as is a roughly 1,500-square-foot patio being built for Yard House. But he was not authorized to say when it’s expected to open.

There’s going to be a new office building, for one thing — a two-story affair measuring 17,000 square feet, Thayer said. He added that final plans for the project have not yet been sent to city officials for review.

In addition, two buildings measuring 5,700 square feet each will be built near the Yard House. But again, he’s unable to disclose who’s going in at those spaces.

Thayer did offer this, though: They’re going to be retail stores.

Once leases get signed — and not before — Thayer said the names of the future tenants will be released.

“The longer they take to sign the leases, the longer it’ll take for us to start” construction, he said.