The Table Mountain Rancheria is building a new casino, hotel and entertainment venue 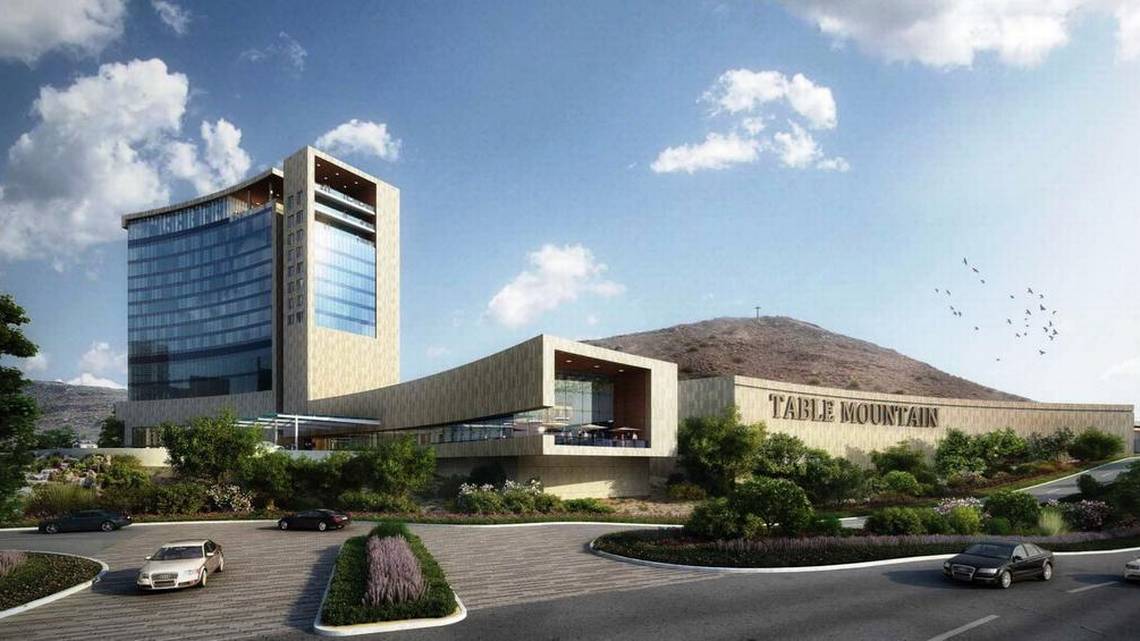 BY ROBERT RODRIGUEZ AND TIM SHEEHAN

The Table Mountain Rancheria, home to one of the region’s oldest gaming centers, is building a new casino, hotel and entertainment venue, according to an environmental report.
The proposed project will nearly double the amount of gaming floor space to 110,000 square feet, plus add a 151-room hotel with resort-like amenities. The hotel will rise 14 levels, with a restaurant on the top floor.
Inside the hotel will include a fitness center, spa, salon, six conference center meeting rooms and a child care/kids activity center. A new special event center with 1,500 seats will be used for monthly concerts, banquets, and private events.
Dan Casas, the tribe’s attorney and spokesman, said the existing casino, built in 1987, was due for an upgrade. Although a popular place to gamble, people complained about the smoke and the low, 8-foot ceilings.
The new casino will be built just west of the current one and will have an more open feel, be more energy efficient and feature a state-of-the-art ventilation system .
“We wanted to build something that will be able to sustain the tribal community for future generations,” he said. “And we also want to stay within the confines of our promise to keep this on our own land.”
Construction is expected to begin by the spring of 2019 with completion by 2020-21. The older casino will be used for tribal offices.
A larger casino and hotel will also mean more jobs. The project will add 454 jobs for a total employment o f 1,454 workers.
Casas said it has taken several years to complete the environmental review for the project. People interested in viewing the document can find it here. Public comments on the document will be accepted until June 28.
One potential concern for nearby residents is the amount of vehicle traffic. Currently, the busiest day of the week for the casino is Saturday, generating 3,795 cars daily. The proposed project is estimated to produce 7,755 cars a day.
A public meeting will be held on June 28 at the Ramada Inn, 3224 E. Shaw Ave. Fresno. The meeting begins at 6 p.m. and will run until the last comment or 9 p.m.