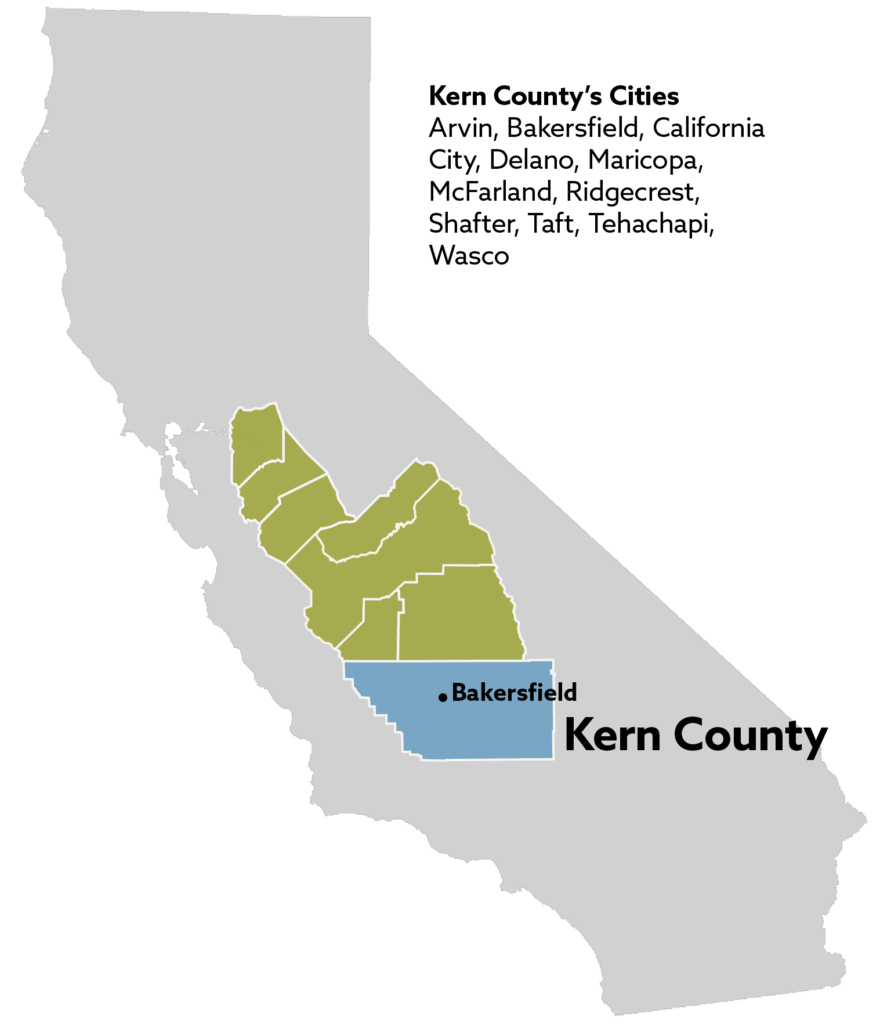 Kern County is often referred to as “The Golden Empire,” because of its rich history of gold, oil and agricultural production. Kern is the nation’s #1 agricultural producing county and consistently ranks in the top-five petroleum-producing counties in the United States. The county is host to major freeway systems, providing access across California and beyond! Kern has become the distribution hub for some of the world’s largest companies with over 50 distribution centers. It has the largest wind and solar projects in the U.S. and is a 4 hour drive from 90% of state’s population. Kern is home to Mojave Air and Space Port, Edwards AFB, and China Lake Naval Air Weapons Center.