If there’s a map of meats, this butcher put Tulare on it 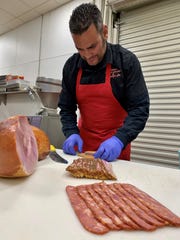 A Tulare butcher is making a splash in the world of smoked and cured meats — again.

This time, it’s a bigger splash.

This is the fourth year Mendes has entered his prized meats in the competition and the second time the business has taken home the best in show award.

Mendes has made a name for himself and is quickly gaining state and national recognition.

“They didn’t know what Tulare was,” he said. “They know now.”

“Getting best in show two out of the four years is pretty awesome,” he said. “It was impressive — a feel-good moment.”

He also received a merit award for his sugar cured bone-in ham and turkey bacon. 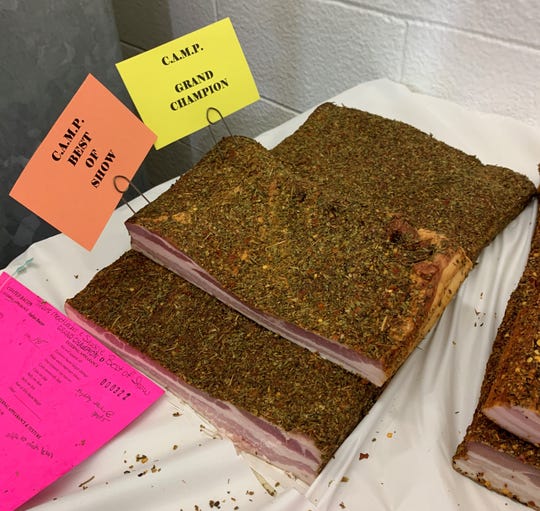 But the big takeaway was the coveted Joe Cutler Memorial Best of Show for his Italian bacon. His sausage was judged against the grand champions of each meat category — many his own creations.

Mendes first started to work for Tulare Meat Locker, which originally opened in 1976, when he was only 13. After a call from the former owner in 2003, Mendes decided he wanted to take over the business.

Over the last 15 years, Mendes has worked on his technique and offers custom butchery to Tulare County residents and beyond.

His sandwiches are top hits at the annual Ag Expo and Tulare County Fair.

“That’s what makes this place unique, it’s all done in house,” he said.

The shop offers custom butchering of livestock and fresh meat that isn’t sliced until ordered. Sausages, snack sticks, hams, tri-tip and linguica are also available. He hopes to one day expand his storefront and offer all in-house made sandwiches.

This year, there were 19 plants entered and 216 individual entries in 19 different classes.

The annual contest is open to all California Association of Meat Processor members and is judged by a panel of meat specialists.

Mendes is expected to compete at the national level this summer in Alabama. 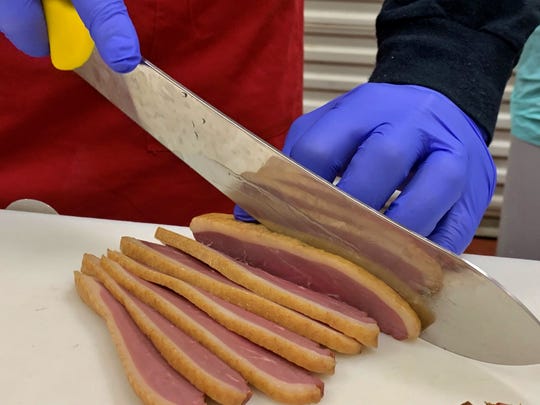