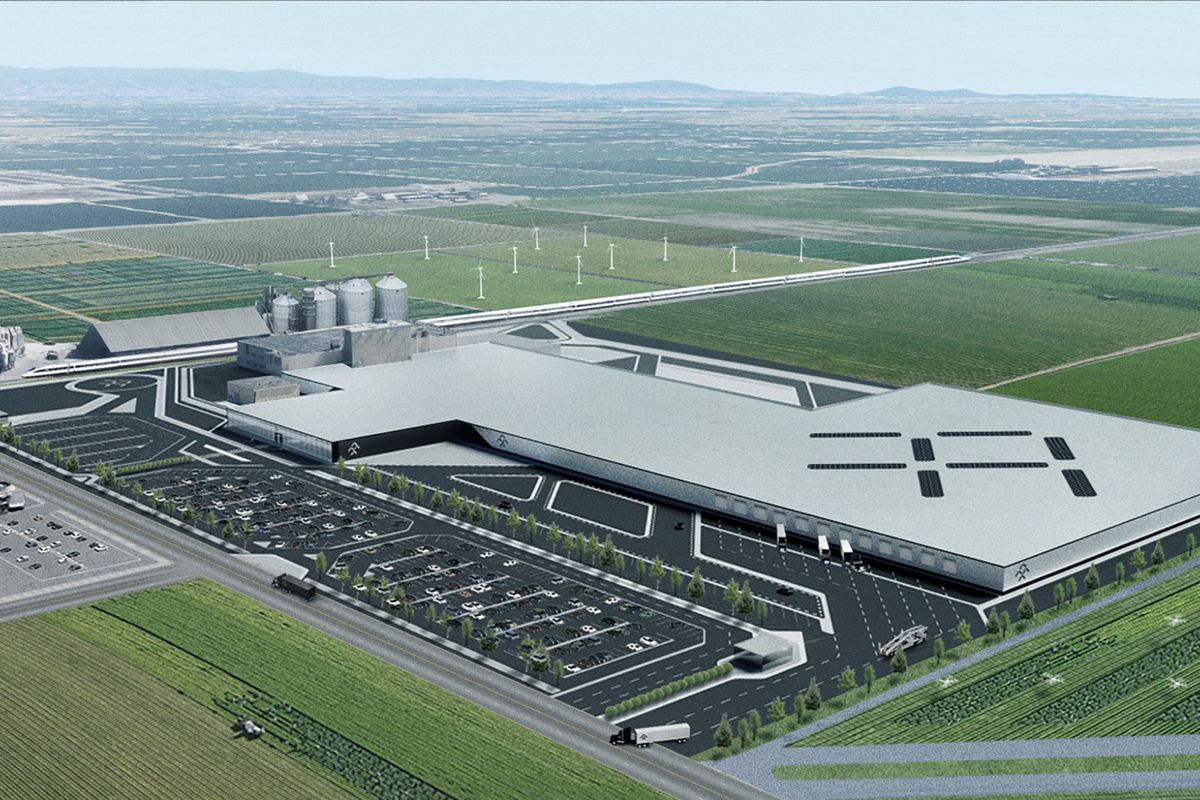 Just last month, Faraday Future scrubbed its ambitious plans for a $1 billion megafactory in Nevada. Now, the electric vehicle startup has found a new location for the production of its car of the future: a 55-year-old former Pirelli factory in Hanford, California, which has been mostly empty since 2001.

The property, now known as Hanford Business Park, is about 200 miles north of FF’s Los Angeles headquarters. It’s owned by a US-based real estate development and investment firm called Industrial Realty Group. The Verge first learned of the factory after speaking to a source with knowledge of the situation. A representative for FF confirmed that the company will be moving into the park when the terms of the lease begin in early 2018.

THE FACTORY WAS OCCUPIED BY PIRELLI UNTIL 2001

A lack of funding helped doom FF’s project in Nevada, and things have only been getting worse at LeEco, the Chinese conglomerate that was FF’s biggest investor. LeEco recently laid off the majority of its US workforce, and FF officially canceled its plans in Nevada one week after a Chinese court froze $182 million of LeEco chairman Jia Yueting’s assets. This all came after FF suffered a rash of executive departures and money troubles at the end of 2016.

But FF recently obtained a $14 million “rescue loan,” according to a report in The Wall Street Journal, and that was apparently enough to cover part of the lease for this new factory. Faraday reportedly agreed to borrow that $14 million from a New York investment firm after offering its LA headquarters as collateral.

Photos posted to Instagram by Nick Sampson, the company’s senior vice president of R&D, show that the company held an event at the factory yesterday to begin the process of getting the building ready for the move in. Hanford city officials were on site at the event, and FF hopes to bring 1,300 jobs to the area, according to a local news report. But the location of the factory was not disclosed. Business Insiderpreviously reported that FF was “close to securing a substitute manufacturing site in California.”

Hanford Business Park is about the same size as the 1-million-square-foot factory Faraday Future was planning to build in Nevada, but only about 700,000 to 800,000 square feet are available to lease, according to documentation on IRG’s website. Still, it should solve one of the biggest challenges FF faced in Nevada: the fact that the company was literally trying to build a brand-new factory from the ground up.

IRG and previous landowners Colliers International and STG Group have leased sections of Hanford Business Park to small businesses since Pirelli ceased operations in 2001, according to numerous local news reports. But it’s unclear whether there are any parts of the property that are presently occupied, or what this new deal means for them. The factory was most recently the target of an Oakland-based medical marijuana company called Purple Heart Patient Center, but that proposal died in March when the company ran into resistance from local officials. The Vergereached out to multiple representatives at IRG but did not get a response before this story was published.