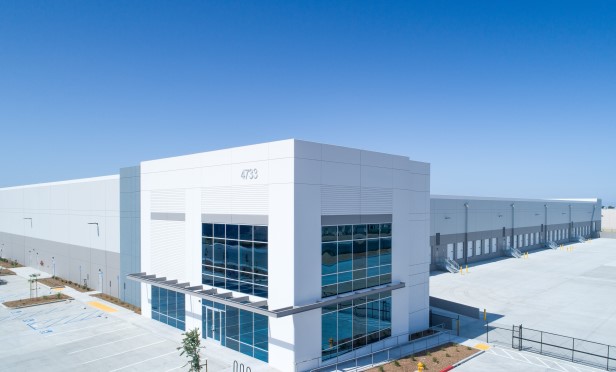 STOCKTON, CA—Newport Beach, CA-based CT purchased the 345-acre industrial site for the 4.4 million-square-foot NorCal Logistics Center in May 2017 and has now completed the first phase development, including three spec buildings. The last to be completed is a 1.12 million-square-foot building, one of the single-largest speculative industrial buildings in Northern California. The second phase of development will begin toward the end of 2018 and include three additional buildings totaling approximately 1.6 million square feet.

The first two buildings in phase one totaling 575,127 square feet have been sold to Prologis for $47 million. Prologis paid approximately $82 per square foot for the buildings, which were unleased and in shell condition at closing.

“These transactions reflect the high demand for world-class logistics facilities in major distribution markets nationwide,” said Carter Ewing, managing partner of CT. “The speed with which these buildings transacted following completion mirrors the strong interest we are experiencing in several other projects we currently have underway. In this case, the transaction allows Prologis to enjoy a fair profit on their investment going forward while providing CT with a sizeable return and well ahead of schedule; a true win-win.”

Prologis’ interest in the Central Valley is well known. As of the end of 2017, it has taken ownership of 31 buildings, approximately 15 million square feet, and is projected to continue producing oversized returns.

CT was represented in the sale by Kevin Dal Porto, Blake Rasmussen and John McManus of Cushman & Wakefield. Prologis was self represented.

NorCal Logistics Center is home to General Mills, KeHE Foods, Allen Distributors and Fox Head, and is in the heart of California’s Central Valley, a 185 million-square-foot industrial market. The region is an extension of a global logistics supply chain infrastructure directly linked to West Coast ports in Oakland/Stockton, Los Angeles/Long Beach, Portland, OR and Seattle/Tacoma.

For example, CT is in development on logistics centers near Chicago, Atlanta and in the Dallas/Fort Worth metroplex, where the company last month announced the development of Oakdale Logistics Center in Grand Prairie, TX. The company plans to announce three new development projects in the next few months, further extending its nationwide logistics footprint.