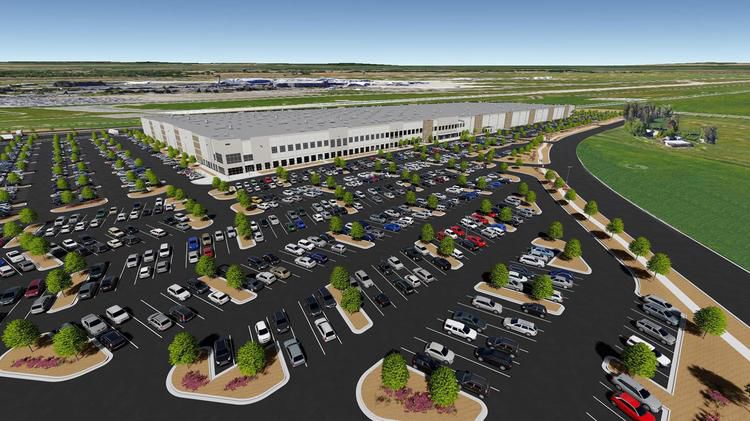 When Amazon was trying to get approval to build a massive distribution center next to Meadows Field Airport, the company’s approach was so stealthy that senior Kern County officials reviewing its permit application did not know they were actually dealing with the Seattle-based e-commerce giant.

Even after county officials told reporters one year ago this month that Amazon was coming to town, the company known for its secrecy chose to remain publicly silent about its plans for Kern.

All of that ended with an email exchange Thursday.

“Amazon absolutely acknowledges this project,” spokeswoman Shevaun Brown wrote to The Californian, “but we do not have any new information at this time.”

She was unable to provide a projected opening date or a time when the company will begin hiring people to work at the four-story building that has been under construction since October along Merle Haggard Drive. But she did confirm some details that have already been reported, clarify a misperception and fill in some important blanks.

The company, Brown noted, intends to employ 1,000 full-time, full-benefit jobs when it opens the building, which she said measures 640,000 square feet.

That last detail comes as something of a surprise. Several people have estimated the building’s size at 2.6 million square feet. But that assumes each of the four floors will offer the same amount of floor space, which apparently it will not.

County records suggest the building will house robots that will assist in the distribution process. Their towering presence will reduce the amount of interior floor space considerably. But it is still a massive building and one of the largest in Kern County.

Most of the jobs there will support “order fulfillment,” Brown wrote: “picking, packing and shipping items to customers such as books, small electronics, school supplies and home goods.”

She said there will also be jobs supporting the building operations in the areas of human resources, information technology and management.

Employees at the site will earn a minimum of $15 per hour and have access to comprehensive medical, vision and dental insurance “starting on day one,” Brown wrote.

They will also be able to enroll in a retirement savings plan, a program allowing employees to share their paid leave with their spouse or partner, and prepaid tuition covering 95 percent of the cost of courses related to in-demand fields “regardless of whether the skills are relevant to a career at Amazon,” she added.

Although she was unable to state when the plant might open for business, she did say hiring typically begins one to two months before operations commence — and that this launch typically takes 18 months to two years after the project is announced.

This timetable could suggest the building will begin distribution work sometime between February and August of next year.

The email exchange concluded with an implicit call for patience on the part of job-seekers.

“Even though a building may look finished on the outside,” she wrote, “we’re likely still constructing the different floors, etc.”