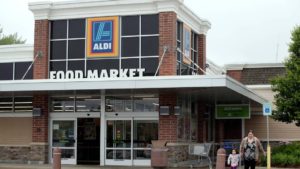 Low-cost grocery store chain ALDI is planning to open two new stores in the central San Joaquin Valley – and probably more in the rest of the Valley.

The Bee reported the German grocery store giant’s interest in Hanford and Porterville last summer. Commercial real estate firms reported that leases were finalized for each location in the Bee’s leases section that published over the weekend.

The Hanford ALDI will take up 22,500 square feet in new construction at the southwest corner of 12th Avenue and Lacey Boulevard. That’s the same corner that already has Chipotle, Jimmy Johns and The Habit Burger Grill.

The Porterville store will be built on 2.13 acres of land at the northeast corner of Jaye Street and Highway 190.

As both are new construction, the stores won’t be open for a while.

ALDI is partway through a massive expansion, with plans to open 900 more stores by the end of 2020. A Bakersfield store opened in May and Southern California has dozens of stores.

The grocery store has more than 7,600 stores worldwide and already has a strong presence in the United States, with 1,600 stores in 35 states.

The stores average about 15,000 square feet – bigger than a Trader Joe’s but smaller than a traditional grocery store.

ALDI carries only the “weekly must-haves,” according to the company. That means its stores are smaller with lower rent and electrical costs, savings that are passed on to shoppers. The company says shoppers can save up to 50 percent on brands carried only at ALDI.

Another difference from a traditional grocery store is the carts. They are stored in one place in the store. Shoppers pay a quarter to use a cart, and get it back when the cart is returned.