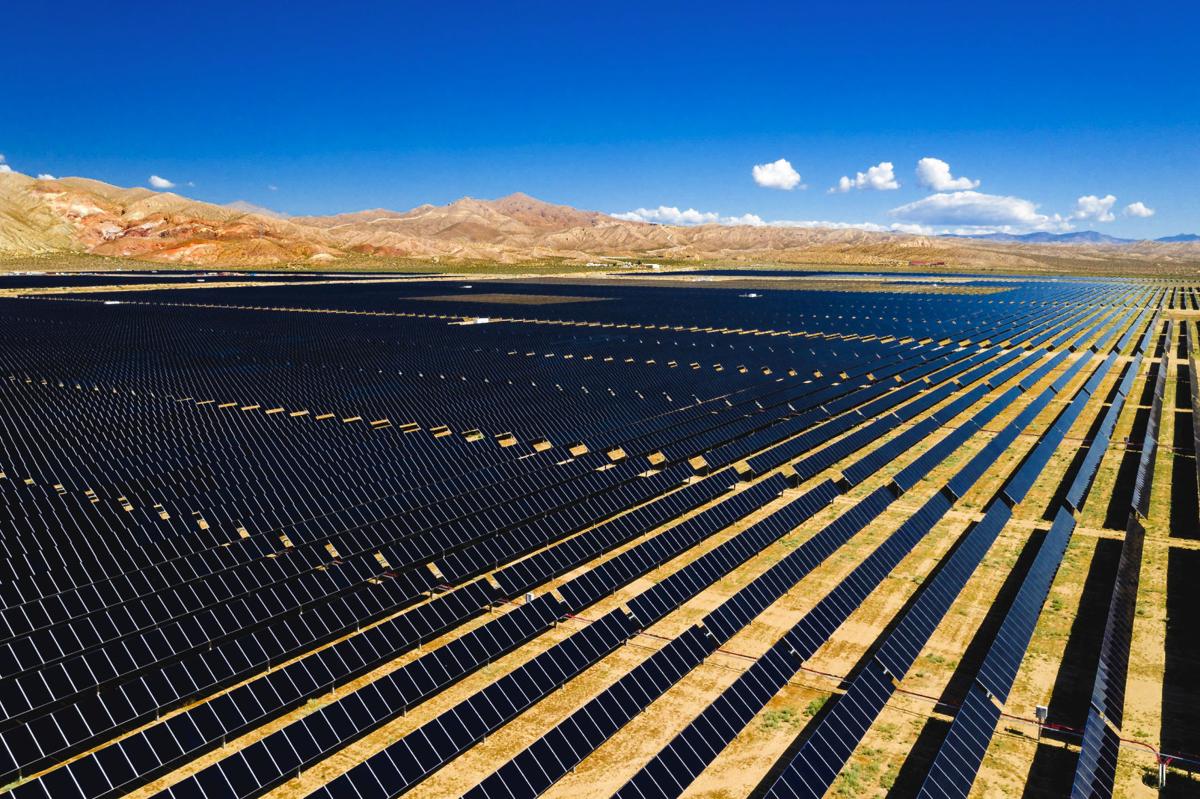 This photovoltaic project, 8minute Solar Energy’s 121-megawatt-dc Springbok 3 Solar Farm, was recently completed in eastern Kern County. It is the final phase of a 1,500-acre project begun in 2015 that provides enough electricity to power more than 150,000 homes in the Los Angeles area.

With a price tag estimated in the hundreds of millions of dollars, L.A.-based 8minute Solar Energy’s three-phase Springbok project in Cantil has put the area’s otherwise underused real estate to use creating some 850 construction and maintenance positions, as well as 1,100 indirect jobs.

Viewed in the context of existing wind farms in the Tehachapi area and a larger solar plant under development nearby by the same company, the project demonstrates the renewable-energy potential of a county that is sometimes overshadowed by its better-known oil and gas portfolio.

The project’s developer described its achievement in historic terms.

“The Springbok cluster is the first place in the country where solar beat the price of fossil fuels,” 8minute Solar spokesman Jeff McKay said by email. “This is where we helped prove to the world that the future of energy belongs to solar.”

“I support appropriately located renewable energy projects that hire locally and contribute to the organizations and needs of the community,” Scrivner said by email. “8Minute Energy has shown they are here for the long term and I congratulate them on another successful project in the center of energy for California.”

The project’s 448-megawatt-dc of electricity is being sold to the Los Angeles Department of Water and Power and the city of Glendale.

Next up for 8minute Solar is the project known as Eland, a more than $1 billion installation touted as the nation’s largest solar energy project. Sited a little more than half a mile away from the Springbok cluster, it was recently approved by the city of Los Angeles.

What makes Eland special is its energy-storage capacity. Besides generating some 400 megawatts of power, it is designed to store up to 1,200 megawatt-hours of electricity when it opens in 2023, according to 8minute Solar.

Also extraordinary is its cost: Eland is said to offer the lowest combined solar and storage prices anywhere.